The school has been awarded the British Council’s prestigious International School Award.

Five Acres High School has been awarded the British Council’s prestigious International School Award in recognition of its work to bring the world into the classroom through the outstanding development of the international dimension in the curriculum.

The International School Award celebrates the achievements of schools that do exceptional work in international education. Fostering an international dimension in the curriculum is at the heart of the British Council’s work with schools, so that young people gain the cultural understanding and skills they need for life and work in today’s world.

Five Acres High School’s international work is part of their Character Education programme launched by Rhiannon Rainbow and Bekki Smith in Spring 2019. The school works closely with Paul Kay, Marilyn Cox, Nick Penny and Iain Baird from the Committee of the Coleford Twinning Association, to offer opportunities for its students to have cross-cultural experiences with students from St Hilaire de Riez, Coleford’s twinned town. These have included annual visits of students from Collège Pierre Garcie Ferrande, as well as the school’s choir, led by Kirsten Barker, being the opening act for the  Fête de la Musique in St Hilaire de Riez, which went virtual for the first time in June 2020. Nick Penny, Mayor of Coleford, said “the Five Acres High School Choir opened the show and set an extremely high standard for our French friends to follow!”

Five Acres High School is also committed to the Tujuane (Swahili meaning ‘Let us know each other’) UK-Kenya Student Exchange Project, part of which is regular student exchange between three schools in the Forest of Dean and Gloucestershire and the Gilwatsi Secondary School in western Kenya (pictured below).

Iain Baird, who was one of the original three teachers that set up the project in 2002 and is now a British Council School Ambassador, is still central to the ongoing environmental and cross-curricular work to which Five Acres High School is committed.

Simon Phelps, Headteacher at Five Acres High School, said: “It is an honour for the school to be recognised in this way again. In our efforts to develop our world class status it is important for us to recognise the benefits that linking with the outside world can bring to a community such as the Forest of Dean and the way that these links can help shape our students into global citizens. In working within an outward facing trust this type of work is, and needs to continue to be, part of our DNA as a school.”

The International School Award Team of the British Council, said: “The school has been recommended for the Full Award and has clearly listed activities in addition to those completed during the project. They have met the criteria for collaboration and activities involving a high percentage of pupils. They have also included language-based activities. During their CCGL project they have demonstrated a real willingness to interact with the local community and also shown a practical understanding of one of the goals. Five Acres High School has an International Policy and a coordinator." 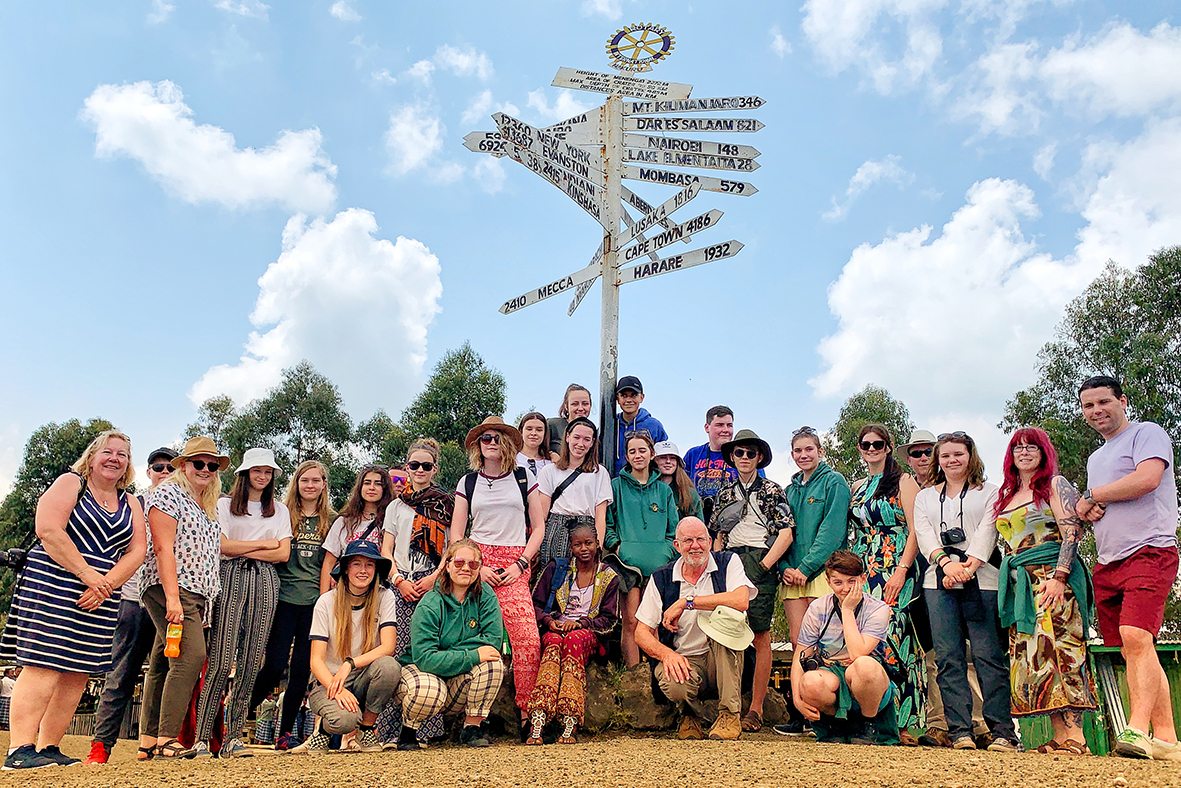